In the summer of 1922, Robert Shannon, a Marine chaplain and a young American hero of the Great War, lands in Ireland. He still suffers from shell shock, and his mentor hopes that a journey Robert had always wanted to make—to find his family roots along the banks of the River Shannon—will restore his equilibrium and his vocation. But there is more to the story: On his return from the war, Robert had witnessed startling corruption in the Archdiocese of Boston. He has been sent to Ireland to secure his silence—permanently. As Robert faces the dangers of a strife-torn Ireland roiling in civil war, the nation’s myths and people, its beliefs and traditions, unfurl healingly before him. And the River Shannon gives comfort to the young man who is inspired by the words of his mentor: “Find your soul and you’ll live.”

This book has been on my tbr list for quite some time.  I finally decided to read it, and kicked myself for waiting so long.  What a wonderful read, and eventual page turner. It starts out slow, and at one point I almost put it down, but made myself push through.  I am so glad I did.  It was heart warming and lovely to join Robert on his journey through Ireland and eventually healing himself.  For a while I didn't think that would happen, that he could recover from his shell shock, but Ireland and its people were just what he needed.  Could Robert complete his journey now in 2015, hell no!  So thinking about that does make me a wee bit sad.

Robert's story also had a thread about the Catholic church and a fellow Irishman woven through his story. Those were nice additions, and made the suspense at the end really pick up.  I just had to stay up and finish to find out what happened.  Robert's healing process included him reliving his memories of the war, specifically his role at Belleau Wood in France.   It was so gruesome and such a waste of human life, but a turning point in the war.  When you think about society before the war, no wonder many young men ended up with shell shock.  No one had ever seen carnage like that, and unfortunately it didn't with WW I.

Anyway, Shannon was a fabulous read, and I would highly recommend it for those interested in a story featuring an Irish slant, and WW I aspects.  The characters and descriptions were rich, and the story has since stayed with me. 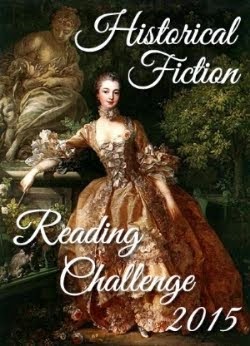